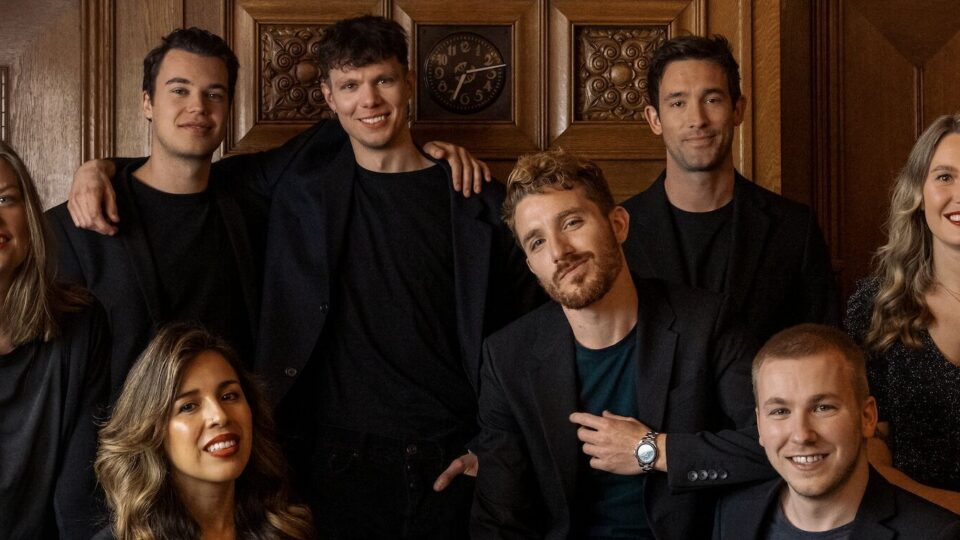 This is the first episode of our series on “Scale-up stories” where we report on the journey of Dutch companies that have or currently are scaling up their business to Sweden!

Why do we report on that?

Starting a new company is always a risky move as 90 percent of all startups are doomed to fail.

Navigating towards success means making good choices – Including the choice of the market to scale up your business to.

For many, Sweden is that choice. And that with good reason!

Scale-ups in Sweden are thriving. In fact, there is no other country in Europe that is founder to as many startup companies that are now valued at USD 1 billion or more than Sweden.

In the last 5 years, Sweden has produced 26 such “unicorn” companies giving entrepreneurs in Sweden real life examples of what is possible.

A Dutch PR company on the rise

One of the living examples of Dutch companies mastering their entry to the Nordic market is the Dutch company PRLab.

Originally from Argentina, the young man decided to start his company in Amsterdam, The Netherlands, at the age of just 25.

PRLab has a unique approach among its competitors as they do not only offer PR services but an integrated marketing approach covering a broad range of services including branding services, the alignment of missions, visions and values as well as the creation of a compelling story to position the company in a saturated market.

With their winning concept, quickly, the company established a stable customer base in The Netherlands and gained in size.

Ready for the next step

Being specialized in Business to Business Tech companies, PR Labs market study quickly showed that the companies wider customer base lays in the Nordics. However, doing a market study is relatively easy.

But how do you get from market study to a stable order stock in a foreign market?

Matías explains that the beginning was quite difficult as “It can be challenging to connect with the right people, the right resources and find the best path for you and your business.”

So how did he do it?

From market study to a stable order stock

“What really helped me was to surround myself with experienced people whom I could learn from and get the inspiration needed”, Matías says.

“What really helped me was to surround myself with experienced people whom I could learn from and get the inspiration needed.”

However, the journey was not straight forward as some contacts brought Matías and his company further than others.

Asking Matías which contacts he perceives have been most valuable in bringing PR Labs scale-up journey from market study towards an office with two full-time employees in Stockholm, the entrepreneur mentions particularly his connections at the Dutch Chamber of Commerce, the Dutch embassy in Sweden, the Swedish consultants Sabina Schött (PR and comms specialist) and Jonas Eklund (PR Consultant), as well as Meltwater.

Matías explains, that PR Lab’s scale-up story really started when the founder contacted the Swedish Chamber of Commerce in The Netherlands in the year 2021.

After a first initial talk their office in Amsterdam, where Matías explained what his company does, why they are interested in Sweden what the company needs help with, the Swedish Chamber of Commerce went directly on the line with Sweden.

“We initiated a first talk via Zoom where I gave Matías some information on the start-up and scale-up community in Sweden. Due to PRLab’s strong focus on helping tech companies with their PR, I referred him to the Norrsken foundation, Stockholm’s incubator for tech startups.

From there, Matías had enough contact points in order to work independently.

From initial contacts to a stable order stock

Matías explains that after this point, the biggest milestones on the companies scale-up journey where the creation of the Swedish PRLab community as a result of introducing the PR breakfast series in Stockholm.

Ultimately, in 2021, the order stock of PRLab was so stable, that they could open their own office with two full time employees within Norrsken in Stockholm (see also Scaling globally, the Swedish way).

“We like to be in Norrsken due to its vibrant community. Also, we have done some masterclasses at Norrsken on effective PR strategies”, the entrepreneur explains.

Today, PRLab is well established in Sweden and with the help of external consultants even operating across all the Nordics including Sweden, Norway, Denmark and Finland.

And, PRLab stays in close collaboration with its initial helpers!

Recommendation to other companies

Asking Matías what he recommends other Dutch companies aiming to scale-up their business he emphasizes that “Networking plays a huge role in getting referrals when you’re getting started. And it’s surprising to see how many people are willing to help you if you dare to ask for that help.”

Furthermore, he explains that Dutch entrepreneurs have good chances to establish themselves in Sweden and the Nordics due to the similar culture.

However, he emphasizes that at least in his business, he notices that “In Sweden, there is a somewhat bigger interest in facts over opinions than in The Netherlands. For example opinion pieces rarely make it into the Swedish press.”

Lastly, Matías also emphasizes that in order to be successful you need to be present locally.

“It speeds up your process a lot when you are present locally. I am myself in Sweden once a month for a week”, the entrepreneur explains.

“It speeds up your process a lot when you are present locally. I am myself in Sweden once a month for a week.”

Do you want to get in contact with PRLab? Please visit: https://prlab.co/

Are you planning or already on your own scale up journey to the Nordics and need help? Please contact us!